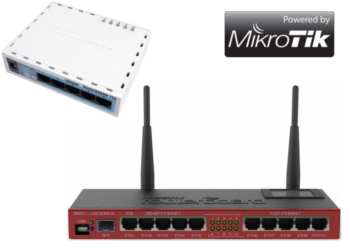 RouterOS and associated hardware RouterBOARD are highly advanced product, available at a very reasonable price. Their built-in functionality can compare to equipment that otherwise cost ten or in certain cases a few hundred times more.

Routers that are acting as the first firewall in the enterprise or as an interface between locations are getting more and more widespread.

Mikrotik is one of the few routers that can, for example, connects two locations over a public Internet network so that computers don’t perceive it and act as if they were all in a single network (“bridging”).